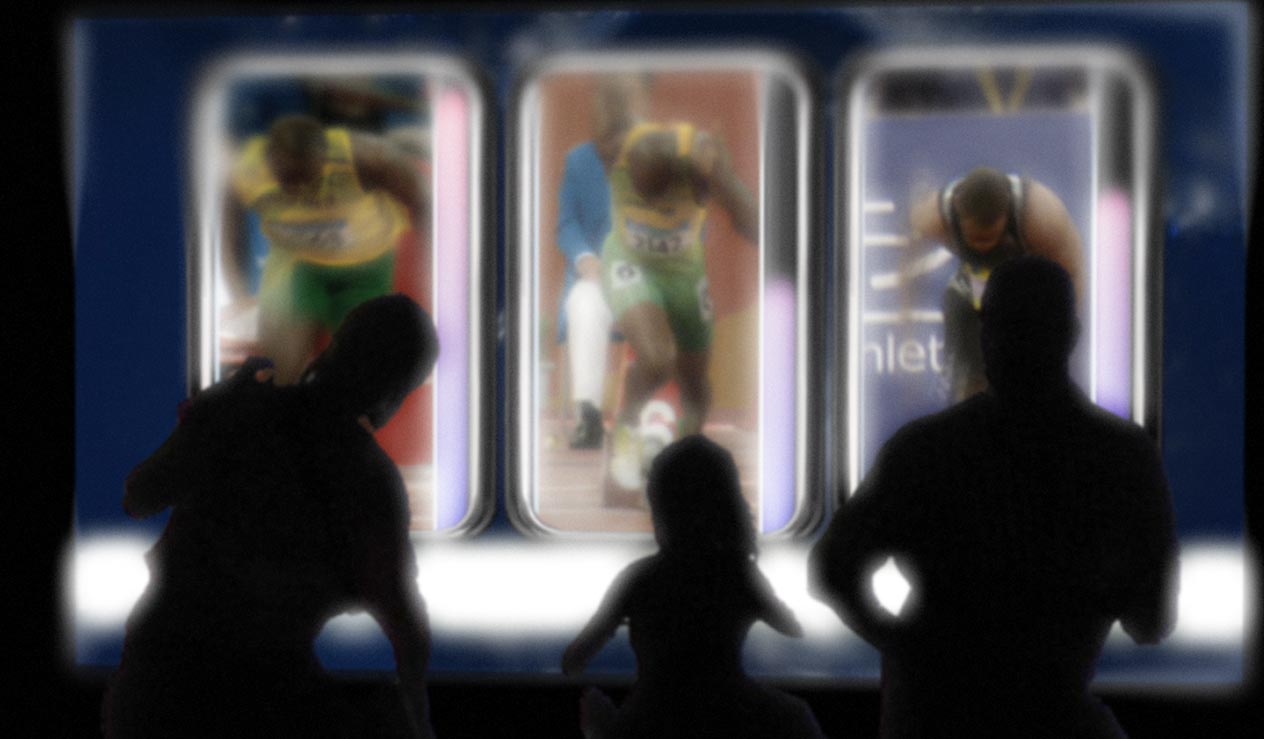 The 2012 Olympic Torch relay toured across the UK. Every week there was a festival in a major town when the Torch arrived. I was asked to put together an installation to feature at the festivals.

Sprinter allowed three attendees to race against each other by running on the spot.A screen gives the front shot of three famous sprinters – on the blocks. As soon as the gun goes the racers exert energy to transmit to their sprinter. The energy drives the speed of the video meaning the fastest wins. With races taking as little as 9 1/2 seconds – there is plenty of opportunity for lots of attendees to race.

The tech was Flash based – it used a webcam with the camera stream being analysed by an optical flow algorithm (Lucas Kanade). The data was sliced into 3 to give an energy rating (vector) for each player.

This is a text widget. The Text Widget allows you to add text or HTML to your sidebar. You can use a text widget to display text, links, images, HTML, or a combination of these. Edit them in the Widget section of the Customizer.
%d bloggers like this: